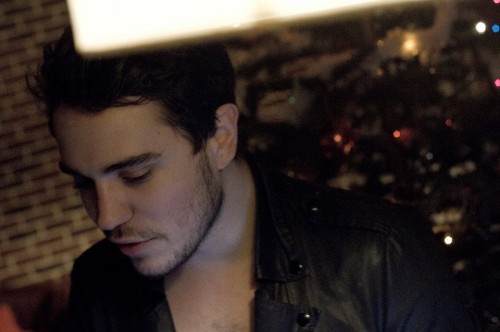 The sun has truly risen on the age of the producer, you can now buy an app for less than £10 on your smartphone that will allow you to construct and compose music, depending on your aptitude, good enough to release. Shaping drum sounds and even live sampling, a task that used to take many painstaking hours to get right, can now be done in minutes.

This would have you believe then, that it’s easier to produce music than ever before…it’s not! Well, it is in many ways! In terms of access to equipment and helpful information, there’s no doubt. But! It is still as challenging as ever to retain musicality, a sense of journey and to draw emotion from your intended audience with any music you write. This is why Andrea’s #onesampleoneday project is pretty impressive.

For thirty days, Paris based producer Andrea released a free downloadable beat, with a different sample on each day given to him by someone else. I took notice out of pure morbid curiosity, the cynic in me thinking that there was no way that it could be done well with the type of tunes he’s known for producing. But I think Andrea just about pulls it off here. Yes, some beats are admittedly samey, and you could argue that there are a couple of samples which were maybe a little too adventurous, but there are also some absolute gems, my favourite being this excellent Sam Smith rework..

Some technically superb work and a sense of great thought and care that went into every single beat. Even if you don’t appreciate the tracks, the sheer ambition of this project is something to be applauded. And like some biblical parable, I’m sure that Andrea will have come out the other side of those thirty days a better producer.

Check out Ta-Ku’s Fifty Days for Dilla, for something similar.